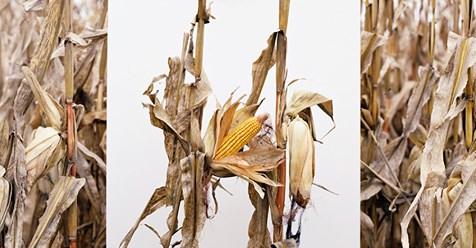 How ecological farmers can feed the entire growing world population

Short version of the lecture on 2 July 2019 in Amsterdam *

In a previous lecture in Amsterdam for VU and UvA students, I demonstrated on the basis of scientific studies that organic farming has the best credentials for an adequate sustainable food supply. The calculation I made then showed that organic farming could feed 10.4 billion people.

Chemical pesticides damage human health, animal soil, air, water, ecosystems and biodiversity. Food should therefore not contain pesticide residues. This will become even more important for Europe because of the trade agreement that the EU concluded with the Mercosur countries on 28 June 2019: Brazil, Argentina, Uruguay and Paraguay. This trade treaty allows contaminated agricultural products from those countries to enter the European market. This can seriously lead to even more risky food on the European store shelves. The Swiss agrochemical giant Syngenta of which the chairman of the board of Wageningen University & Research is a supervisory director, earns billions in Brazil for the sale of Highly Hazardous Pesticides (HHPs) that are banned in the EU. It is not for nothing that Brazil authorized 150 new pesticides a few months ago that are banned in Europe. All the more reason for the European agricultural sector to bet on food that is free from chemical pesticide, GMO and hormone residues and to communicate well with consumers about it.

The VAT on food that is free of these substances should be reduced, so that the minima are more likely to opt for healthy food (it also saves on healthcare costs). The farmers must get a much higher price for it.

They therefore experience the importance in their wallets to (going to) produce in an ecologically responsible manner. In addition, natural biodiversity and the necessary soil restoration are taking shape again, soil and surface water are less polluted and drinking water supplies and the environment and climate are much less threatened.

A nice side-effect is that in the Netherlands with ecological agriculture the disgusted phosphate ceiling can disappear. Then the entire bureaucracy around it can disappear and the farmers can save on much unfair generic policy, regulatory pressure and administration. As a result, they will also enjoy more pleasure in their important profession. Farming becomes fun again!

* Lecture during the exhibition ‘Monsanto®: A Photographic Investigation’ by Mathieu Asselin in The Ravestijn Gallery, Westerdok 824, Amsterdam